#146 Why injured runners should avoid out and back runs - DOC

#146 Why injured runners should avoid out and back runs 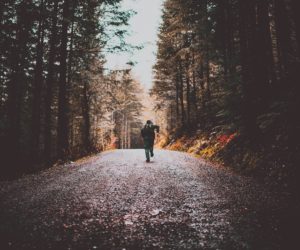 Today on the Doc On The Run Podcast, we’re talking about why injured runners should avoid the out and back.

In this episode we’re going to talk about why injured runners should really avoid out and back runs. Right now I’m training for an ultra marathon. Of course, that means that I have to run lots of miles. Yesterday I went out for a 25 mile run. I took off from San Francisco, I ran across the Golden Gate Bridge, I ran through the Marin Headlands on trails, and when I was about 13 miles out I turned around and I came back.

While I was on that run, my phone died, and after my phone died I started thinking about why I like to do out and back runs. Why I actually enjoy it. The reason I like out in back runs when I’m doing long runs is it makes me committed. I have to run all the way out to the halfway point and then a turnaround and I’ll have to do is run home. Psychologically, for me, I enjoy that because every time I do one of those runs and I get to the halfway point I feel this sense of relief because I know all I have to do is run home. It seems so simple, but when running home means another 12 or 13 miles, and you’ve had a running injury, that can really spell trouble.

I talk to lots of injured runners that could call me for consultations. I see them at home, and many of these times they’ll do out and back run courses and I understand why they choose to do those.

But, the thing is, is that out and back runs can actually put you in a really vulnerable position when you’ve been injured because if something starts to hurt, you’ve noticed some new odd sensation, you still have to get home. Even if you walk 12 or 13 miles is really going to beat you up unnecessarily if you’re returning to running from a running injury. If your phone dies and you can’t call for a ride, then you really have no choice but to keep walking and pounding on that aching foot.

Look, although it’s boring and somewhat tedious, when you’re returning from an running injury, or you feel like you’re trying to train through a running injury, it’s way better to choose a run where you can just do loops instead of doing out and back runs. You don’t have to commit yourself to that entire distance. In fact, you should put yourself in a situation where you don’t have to commit yourself to that distance. If you’re doing one or two mile loop runs, you never really have that far to go to get back to the car if you feel like your injury is starting to awaken. You can just get in the car and go home when it’s sensible. If you have a park where you can go, where you can do one or two mile loops, that’s way safer than doing an out and back run. If you can run in your neighborhood on a course that you repeat over and over, that’s good.

You have to remember, whether you’re running through a running injury or you’re returning after a running injury, one of the big keys is to really pay attention to watch out for any ache or pain that could signify your injury starting to rear its ugly head again. The moment you feel that pain, or even what you call discomfort, anything that’s reminiscent of the pain you felt when your injury was in its early stages of development is exactly the time you should stop running, you need to cut that run short. And, it’s much, much better if you don’t have to walk a half marathon to get home.

You may think this is kind of silly and you may think that, oh what’s the big deal? But I’m telling you, I see runners over and over who are doing really well, they’ve been training with a stress fracture, they’re working through a stress fracture. I even talked to people who’ve done the metatarsal stress fracture course, and they figured out how to keep running without making it any worse, and then they do something stupid. They go run a 10 mile run is like their new long run and they take off. It’s longer than they’ve run, and six or seven miles in it starts to hurt. Well, then they still have a long way to go to get back because they’ve done an out and back run.

Trust me, I get it. I like to do the runs that are committing me to that distance because, if I’m having a bad day, if I don’t feel right, my stomach gets upset or something, then I want to quit, and we don’t want to quit when we’re training. That’s why I really do like these out and back runs. From where my house is in San Francisco, all the way across the Golden Gate Bridge, on the trails up over the Marin Headlands, I’m a long way out. It looks like a long way. When I get on one of the peaks on the top of the Marin Headlands, I can see San Francisco and it looks like it’s a long way away, because it is. It’s more than 10 miles away. But you don’t want to have to walk 10 miles back if your phone dies and you don’t have a way to get a ride.

Obviously, if you’re on a trail that’s miles into a national park, you’re not going to be able to get a ride anyway. Look, I enjoy those runs. I think it’s great. It’s inspiring. It’s motivational for me, but you have to be sensible when you’re returning from a running injury or you’re trying to train through a running injury. Pick short loops where you can go around and around and quit when you need to if you start noticing any of those weird sensations that you think correlate with your running injury.

And if you do that, you can save yourself so much trouble because a few extra miles on an aching foot can really set you back for weeks or months, and you don’t want to do that. That’s the whole key with training through an injury or returning to running sooner when you’ve had an overtraining injury.

You have to make sure that you’re doing as much activity as you can do without making the injury worse. Sometimes that means taking boring runs instead of inspiring ones just while you work your way back into your full training schedule. But if you do that, it really can help you get back to running a lot sooner and keep training a whole lot longer, without making the injury worse.