#136  If you're not moving, you're actually getting more injury-prone - DOC

#136  If you’re not moving, you’re actually getting more injury-prone 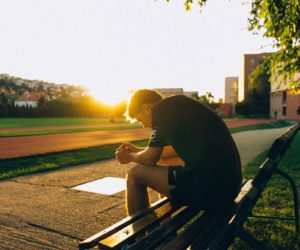 Today on the Doc on the Run podcast, we’re talking about how if you’re not moving, you’re actually getting more injury-prone.

This is the misconception. People think that if you get injured, you have to sit still. You have to rest. You have to ”take care of yourself,” and you have to heal. That is sort of true. And that is what physicians feed us runners most of the time; this idea that they should just calm down, sit down, chill out, relax, recover, take it easy…whatever. But you know as an athlete, there are only two possibilities: Either you’re getting stronger, or you are getting weaker. And if you’re getting weaker, you’re actually more injury-prone.

What you have to do is determine when you’re ready for the next phase of healing. How do you do that?

How do you determine when you’re ready for the next phase of healing?

And when can you determine if you’re safe to move it a little bit more, or not?

As soon as you have less swelling, you’ve improved. As soon as you have less pain, you’ve improved. As soon as it feels better, you’re improving. That’s when you are most likely to be able to make some little jump in improvement. You have got to work with somebody who knows runners, like your coach or your doctor, talk with someone who can really help you through that process. And then, you’ve got to start moving!

You need to think, “when can you get your mobility back?”

When can you start strengthening all of the structures that support and surround that one injured part, so that it’s going to be fortified and protected when you get back to more activity?

What can you do to get stronger this week, that you could not do a would ago?

What do you know that hurt last week, that probably isn’t going to hurt this week?

And what plan would work for you this week that wouldn’t work for you last week. You need to figure that out if you want to heal faster.

Stuff is happening if you’re healing. The whole healing process is action. We always think of healing as inaction when we are injured runners, because we’re sitting still. We’re not doing what we want to do. We’re not out running on trails. We’re not out doing track workouts. We’re just sitting still and it bums us out. It’s terrible to sit still. I understand that.

I understand, also, that you know and understand the process of training is an active process. You do not sign up for a race and expect to just be strong enough for the race when you show up, unless you do something.

You know that your have to go out and do training workouts. You have to let that tissue heal. You have to supply nutrients for that tissue to heal, for you to get stronger after your workouts. And the same is true when your injured. It’s the same thing; you’re doing stuff. It’s not a passive process. It’s an active process just like training.

If you’re not moving anything, you get scar tissue building in all kinds of directions indiscriminately. That scar tissue connects and binds things that are not supposed to be connected. Scar tissue creates shear forces within those tissues that cause problems later.

If you’re moving it, the cells actually will lay down collagen in the right direction; in the direction to resist that stress, instead of just forming indiscriminate scar tissue. That’s why it’s beneficial to move sooner.

That’s part of the reason I say that if you’re not moving, you’re more injury-prone.

Basically, your foot, if you think of it as a lever on the end of your leg, it’s going to make that lever stiffer. Then more force gets applied through the structures in that lever, your foot, when you run.

Remember: the whole goal when you talk to a doctor is to get information from them. You want to help the doctor by saying, “Look, this what’s changed. This is what’s changed in the last three days. The swelling’s down. The bruising is gone. It doesn’t hurt anymore when I wake up.” Explain what specifically has changed.

“How can I move it in a way that’s going be productive and helpful in moving that healing process forward, instead of just waiting for some magical passive process to happen.”

If you want to run sooner, just remember, if you’re not moving, you’re getting more injury-prone. Figure out some way to get moving sooner and you will get back to running sooner.