Do I Have a Stress Fracture? - DOC

Do I Have a Stress Fracture? 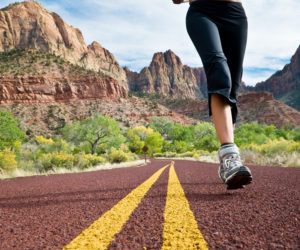 It’s a warm afternoon and Kendra is out for a run.  Not a long run, just a few miles, a moderate pace.  She has been training religiously.  After work she likes to run along the Marina Green. There is something serene about the sound the boats, the wind off the Bay. The prefect way to leave the stress of work behind, and think about her upcoming marathon. Visualizing the finish, picturing in her mind’s eye the finish clock; just ahead of her goal time, getting that medal, all the work paid off.  Suddenly her day-dreaming is interrupted by a vague ache in her left foot. It seems in perfect cadence with the sound of that foot hitting the sidewalk. She wonders what happened.  It isn’t bad though, and she finishes her run. 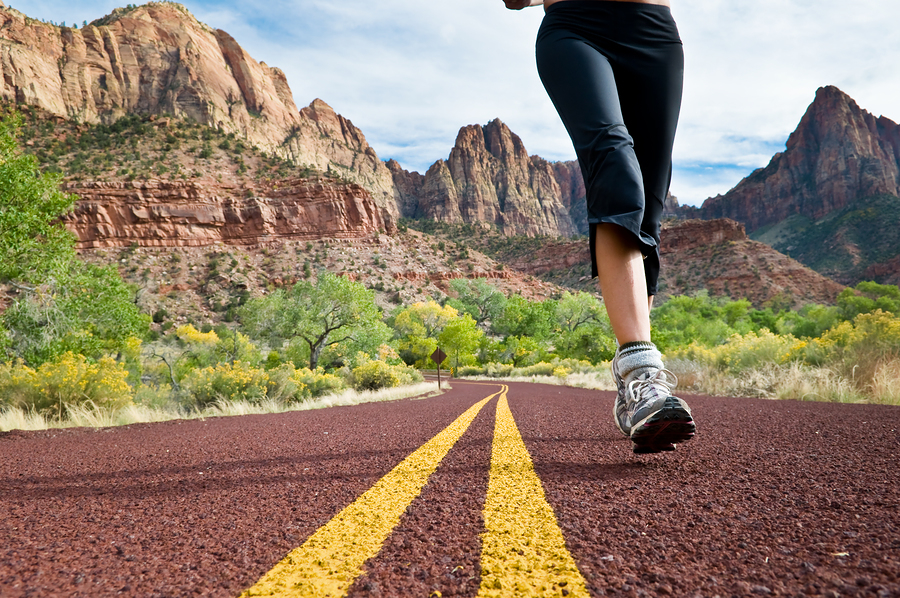 The next day, she gets out of the shower and notices that her left foot looks a little swollen. There is a hint of color on the top of her foot, not quite a bruise.  She starts to worry.  Later that day she has another run planned.  But by the end of the day, she finds herself taking her left shoe off at her desk. She wonders why it aches whenever she walks down the hall. That evening, after work she heads out for a run, but the aching turns into a throbbing pain only a mile into the run.  She turns around and runs back to the car, wondering if she will have to cancel the hotel room and try to get a partial refund for the entry fee.

This is the classic story of a stress fracture. They happen with all kinds of athletes ranging from pathologically over-trained gymnasts to casual runners. The reason is simple. The amount of stress applied exceeds the body’s ability to withstand the load. And something has to give.

If you are a physics geek, you know about Wolf’s Law. This law states that when the load applied to a particular bone increases, the external cortical (load-bearing) portion of the bone becomes thicker and stronger as a result. In short, the bone will remodel itself over time, becoming stronger and better able to resist that sort of stress. This increases the bone’s capacity to withstand longer and longer runs throughout a period of distance run training. It is also the rationale behind weight-training, and other exercise programs to fight the gradual bone-loss associated with osteoporosis. This of course is a good thing.  However, it is possible for this to backfire. And when it does, a stress fracture will result.

When someone calls me to see if they have a stress fracture, they usually have some vague pain in the top of the mid-foot, but can’t seem to pinpoint the discomfort. They have some swelling, but not a great deal. They seem to remember some bruising, but only when prodded.  They usually don’t connect the bruising with the onset of pain. They do always seem to discern that running makes it significantly worse.  They have also (interestingly) continued to run on it anyway.

Some are smarter than others, and some are tougher than others. I see the full range. The sensible ones call after only a few aching runs, and having noted some swelling that seems to get worse walking around at work. Some will run until they can barely walk. I had one of theses hobble in after running on it for eight weeks.  It was a mess. After some creative surgery and a bone stimulator he was almost back in action, yet the season is all but over. It just doesn’t have to be that way.

Stress fractures are prevented, first and foremost, by sensible training. Your bones must have the right combination of load (gradually increasing long runs), rest (including light days and adequate sleep), and good nutrition in order for Wolf’s Law to prevail. Otherwise your body cannot increase the strength of the bones fast enough to stave off the tiny little crack in the bone that is a stress fracture.

When a stress fracture first occurs, (like in Kendra’s case) the crack is not even visible on X-Ray. It can take 4-10 weeks for it to actually show up. If however you continue to run, all of that pounding causes the tiny little crack to become a big crack and then fracture all the way through. This leads to two pieces of bone that may or may not want to get together again. This is clearly visible on X-Ray, but not good.  This can lead to surgery (which by the way, is lots of fun for me, but not so much for the patient).

The characteristics that are proven risk factors for stress fractures are female gender, wide pelvis, high arches, and a limb length discrepancy (one leg longer than the other). Running only one side of the road with a steep shoulder (always facing traffic), wearing the wrong types of running shoes (not enough cushion/too much stability), and running on hard surfaces can also increase the risk. Those prone to shin splints, those who ignore the rest days and run hard on light days, and those who run on hills excessively are also more likely to encounter problems.

I personally believe that a Type-A personality peppered with a combination of blind determination and a penchant for goal attainment is also a solid risk factor, but this has never been studied. The reality is that all distance runners have some measure of these traits or they wouldn’t think it is a good idea (much less fun) to train for a marathon or triathlon.  But that is why we follow a plan…with planned rest days…to protect ourselves from the innate desire to train more, run longer and “ensure success through greater effort.”

If you think you might have a stress fracture (pain worse with running, goes away with rest, maybe some swelling and/or bruising) get checked out.  It is easy to fix when it first starts without too much lost training.  If however you ignore that aching, sometimes throbbing, pain with each stride, you may find yourself in Kendra’s position: thinking of cancelled hotel rooms and partial refunds.  Instead, play it safe so you can be back on the road, dreaming of the finish chute, friends and family screaming encouragement, a new shiny medal hanging around your neck.

Dr. Christopher Segler is a multiple Ironman finisher and marathon runner. As an athlete in training himself, he decided to start offering house calls to runners and triathletes in San Francisco. Now you don’t have to skip a workout or take time off work just to see a true sports medicine expert.  You can reach him at (415) 308-0833.