#633 Wanna heal a stress fracture? Make bone faster than you break it down! - DOC

#633 Wanna heal a stress fracture? Make bone faster than you break it down!

Wanna heal a stress fracture faster? Make bone faster than you break it down. Well, that’s what we’re talking about today on Doc on the Run podcast.

Now, last week I was actually lecturing at a medical conference. So this was the International Foot and Ankle Foundation meeting in Hawaii and I was asked to give a couple of lectures on running injuries and this is where physicians we all go to get our continuing medical education credits and stay apprised to the latest techniques in everything having to do with foot and ankle surgery and sports medicine. And part of what I did was I was actually asked to moderate an entire day of the conference where I got to introduce speakers, which is really interesting because many of these people are people I really respect.

In fact, one of the speakers in one of the sessions who brought up this idea for me for today’s episode, well his name’s Gary Labianco, and he actually has published a ton of stuff. He’s very well respected, and he actually wrote the chapter in this book called McGlamry’s Comprehensive Textbook of Foot and Ankle Surgery. Now, this book in particular is the most expensive book I have ever purchased my entire life, and I had to buy it when I was a medical student. This is actually, believe it or not, this is the smaller of two halves of this book and Dr. Labianco, he actually wrote this chapter in the textbook called Methods of osseous fixation.

What that means is different techniques on how to actually hold broken bone together and so he was giving this lecture on metatarsal fractures. And of course, if you get a stress fracture in your foot, the chances are good that it’s a metatarsal stress fracture. If you keep running on it, you ignore it, you don’t pay attention to it, and you let it get worse and worse, it will break, move out of position and then you get some methods of osseous fixation applied to you. You actually have a little plate, some screws, something holding the bone together where you broke it. So obviously that’s not good. You don’t want to have that situation.

But if you happen to be in Dayton, Ohio, and Gary Labianco is your doctor, I am confident he will take good care of you because that’s where he practices now. So big shout out to Dr. Labianco. He doesn’t even know that I’m doing this episode or that I even paid that close attention to his lecture. But he is at the Foot and Ankle Institute of Ohio, which is in Dayton, Ohio. And he comes highly recommended. So if you have a problem, you could see him. 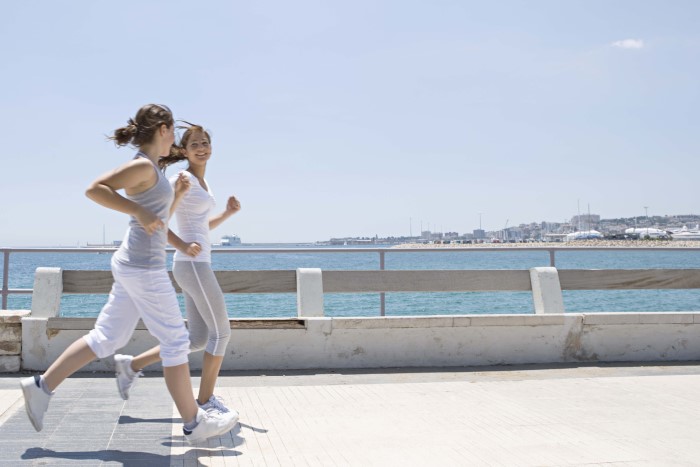 Part of his point of this talk was at one point he said, “Look, when we have our patients and they’re not healing as fast as we want, we don’t see progress on the x-ray, they continue to have pain or swelling or these other things that indicate the fracture’s not healing, you have to do something to pull them back because at that point it indicates that they’re actually destroying bone faster than their making bone and you have to restore that balance if you really want to get the fracture healed as quickly as possible.”

If you’re a runner, the last thing that you want is more limitation. You do not want to be told to run less. You do not want to be told to go to the gym less. You do not want a fracture walking boot, a cast or crutches or any of those things that restrict you even further. So, well, what’s the other side of the equation? The other side is to try to think, well, what can you do? Not just to stop breaking down bone faster, but what can you do to start building bone faster? How can you make bone faster? What are the things you could do? You really need to think about this if you’re a runner with a stress fracture and you’re trying to get this to happen as quickly as possible, what can you do to build bone faster? Well, think about supplementation.

Everybody thinks about calcium and vitamin D and sure, those things are important. But in the earlier stages, collagen is important. You have micronutrients, things like magnesium and calcium and copper, things that might be missing from your diet that could help. Are you doing any kind of supplementation? If you have a fracture, is there anything you’re doing currently that you think might actually speed up that process of making bone faster? What about vascular interventions? Now, when we say vascular interventions, usually doctors thinks of things like surgery on veins or a bypass surgery or an endoscopy procedure where we put a stent in a artery that’s collapsed or something. I’m not talking about that. I’m talking about the things that you can do to get the blood out, the things that cause swelling, that delay your healing like compression socks, elevation, doing something to control the swelling in your foot or your ankle, your leg, wherever it is that might be impeding that healing, or even thinking about that.

What are you doing in terms of building the bone faster? Something like a bone stimulator maybe. Bone stimulators can help speed up fracture healing. Did you talk to your doctor about one? Has your doctor suggested one? Do you have one? Are you using it? Are you using it appropriately? These are things to think about. You have to think about what you can do today to make bone faster than you’re breaking it down. And you have to figure out what’s missing in your unique equation. Every runner is different. If everybody got the same with stress fractures doing the exact same things, nobody would ever call me. I’m usually literally like the fourth, fifth, or sixth opinion. I’m not usually even the second opinion. So when somebody schedules a second opinion call, they’ve usually seen multiple doctors already, but they’re very frustrated. They’re tired of not getting better, they’re tired of losing their fitness. They want to do something differently.

If you want to learn more about those things you can do differently when you have a stress fracture, I’m doing a live master class, and depending upon when you’re listening to this, you might be able to still join it if you’re listening to this in time. It’s called Running With a Suspected Stress Fracture: Dos and Don’ts. So what I’m going to do is I’m going to go through all the principles. I teach two physicians at medical conference when I’m asked to lecture on treating stress fractures in runners. I’m going to talk about the things that I actually do with runners in person if I were to see you personally on a webcam call or if I was in your living room, the basic sort of ideals, fundamentals, the strategies, the things that we know can actually alter your course and get you back to running faster. The things that you have to think about if you really want to run sooner rather than take the standard timeline.

I’m also going to talk about the things that can fast track your recovery. Not just healing the fracture, but actually returning to running. Because you need to have that in the forefront of your mind. You need to not just think about, I have a broken bone. It has to heal. You have to think about how you’re going to return to running when that bone is just starting to heal sufficiently to withstand that amount of stress so that you can get back to maintaining your running fitness. Because if you want to run long term, you have to focus on that, not just the fracture. Now, if you want to sign up for the masterclass, you can get it for free. You don’t have to pay for it, you just have to go to docontherun.com/stressfracturelive all one word, and you can sign up for free there. So go sign up and I’ll see you in the masterclass. 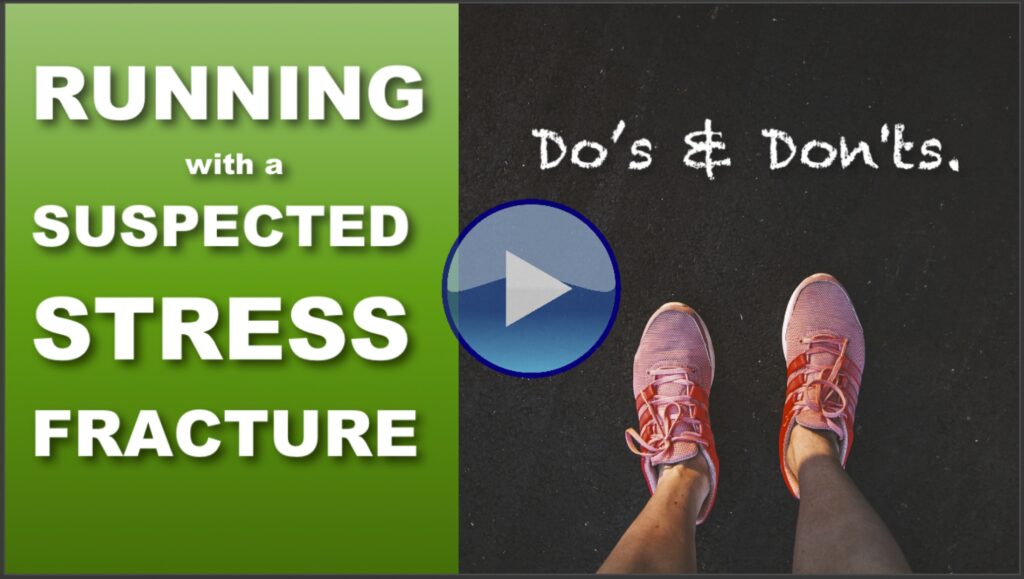