Today on the Doc On The Run podcast, we’re talking about a common fracture missed by the Ottawa Ankle Rules.

I was recently giving a lecture at a medical conference in Seattle and I was giving a talk called Conservative Treatment Of Ankle Sprains in Runners Who Want To Run and, of course, this was me teaching physicians what I do with ankle sprains and what I think they need to do to get runners back to running as quickly as possible instead of just doing the standard ankle sprain protocols with their patients.

One of the things I was talking about in this talk was a study that I did on a kind of injury called a lateral process fracture. Now, it’s not really important what that is but it’s actually just under your ankle bone on the outside of your ankle and the lateral process of the talus is something that can get broken in what’s known as a snowboarder’s fracture. 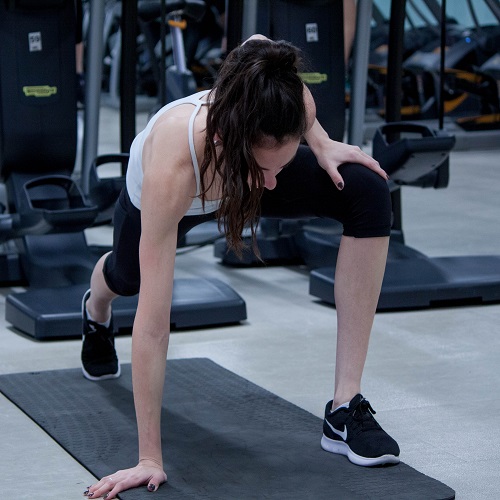 When I was in residency, I did a big study that actually won an award from the American College of Foot and Ankle Surgeons where we actually found that those particular fractures were 10 times more common than previously reported in the medical literature. So, that’s why we won this award. But, basically the Ottawa Ankle Rules are a set of rules that were come up with in Canada to reduce people from getting unnecessary ankle X-rays when they have an ankle sprain and they go to the emergency room.

It turns out if you follow the Ottawa Ankle Rules, which basically give you four places to push on in the foot where the doctor examines you and pokes on four places, that if you don’t have pain on any of those four places and you can walk four steps in the emergency department, then there’s basically a 97.5% sensitivity for an ankle fracture, so that means that if you can walk four steps and they push on these four places, there’s about a 98% chance you don’t have a fracture.

But, the problem is, first of all, is again the study that we did showed that this lateral process fracture is 10 times more common than previously thought and certainly 10 times more common than what was reported when they came up with the Ottawa Ankle Rules. The other thing is that I have seen patients that had the Ottawa Ankle Rules followed, who did not have any pain when you push on those places, where they actually can walk, and yet they still have a lateral process fracture that gets missed.

So, you want to make sure that your doctor’s really looking for it and what your indicator is that you should be suspicious is that you still have pain. So, if you have an ankle sprain, you’re not getting better and your doctor says, “Oh, you couldn’t have a fracture. We used the Ottawa Ankle Rules,” then have them look at it again and because if you push right on the lateral process fracture and it hurts, then you should be very suspicious.

There are a couple of different things that actually could indicate that you have one of these fractures and also if your foot X-rays are slightly rotated and you can’t see the lateral process, it gets missed very easily. So, if you’re having pain, it’s not getting better, you really suspect that something else is wrong, ask your doctor to do an MRI or CT scan so that you can get better imaging, more thorough imaging, and make sure you don’t have one of these missed fractures.

If you found this helpful, please like it, share it, send it to one of your running buddies so that they can find out more about running injuries as well, and I’ll see you in the next training.