Today on the Doc on the Run Podcast, we’re talking about why you should always ask for copies of your x-rays.

I was just on a call with a patient who called me for a consultation and he had an ankle injury. Now, he had some funny looking stuff on his ankle x-rays, that’s why he was scheduling a second opinion. Really, the bummer in this whole thing was that he actually told me that maybe 10 years ago or so, he’d had a similar ankle injury. He’s pretty sure it was on the same side, but he wasn’t really sure because he didn’t have a copy of the x-rays.

The thing is, is that you can have lots of stuff on imaging, like x-rays, MRIs, or CTs, that does not look normal. Now, of course, we as physicians, when we hear you have pain, you have some problem, and we look at an imaging study like an x-ray and see something that doesn’t look normal, we start to presume that that abnormal looking thing is the cause of the trouble. Well, that’s not always the case. 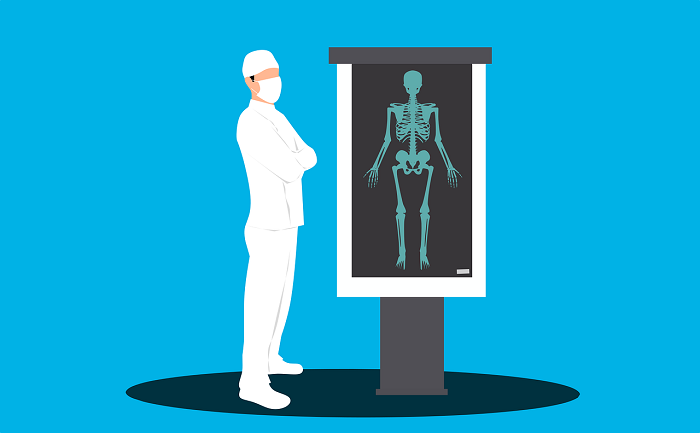 Let’s say you jump out of a tree when you’re a kid and you get some little injury to the ankle and it causes a bone spur. Okay. Then you go through your whole life, all the way through college, and you never have any pain. But you have this thing that’s been there for 15 years, and then you have an injury and someone gets an x-ray and they see this funny looking thing, and they think, “Oh, we need to go take off that bone spur. You need surgery.” Well, you don’t need surgery. That wasn’t a problem. That’s an incidental finding. It’s a thing that was there before and it’s not actually the source of the trouble.

If you have your x-rays and you get injured in the future, then we can use those as comparison and it can tell us whether or not something actually matters. That’s the first reason. The second reason is that you really need them if you want a second opinion. When people schedule Webcam consultations, second opinions, with me, most often when they schedule it and I send them an email that says, “Okay, I want you to take these pictures of your feet so I can see what’s going on with you, so I can make sure I’m prepared for your Webcam call, and then I can actually point things out on screen share while we’re on camera” they’ll send me a copy of the MRI report or the x-ray report. Of course, I’ll always reply and say, “You need to send me the actual images. Send me the disc, send me copies of the image files from the disc, so that I can go through it with you.”

Then they’ll say, “Well, I haven’t seen them.” I’m like, “What do you mean, you haven’t seen it?” “Well I don’t have it.” “What do you mean you don’t have it? Did the doctor show it to you?” And often, they’ll say, “No, the doctor just read the report.” Well, you should not just rely on the report, and I never rely on the report. I always look at the films. So, if you have a copy of the discs, then you can obviously take that to your doctor’s appointment when you get a second opinion and if you’re a runner who’s been told you can’t run because of something on an x-ray or MRI, really, you should always get a second opinion.

Oh, and one other warning, I myself had knee surgery a long time ago. I did not get copies of that stuff, well I didn’t request copies of that stuff until I was in medical school because then I was interested about it and I had some questions. I called the hospital, and they said, “Oh, we’re really sorry. We purge all those records after seven years.” I said, “What do you mean, you purge those records?” They said, “We throw them away. We get rid of them. We don’t keep them that long.”

That’s the other reason is that the same as this guy that was doing this consultation, he didn’t have copies of his images. He tried to go back and get them, and they didn’t have them anymore. So, make sure you get them while you can. So when you go in, just tell them, “I’d like a copy of my images please.” They’ll either print them out for you on plain film x-ray, or they’ll give it to you on a CD, which is even better and they usually won’t charge you for that. So, make sure you get copies of them. You’ll have them for the future, and then when you get a second opinion, you’ll be better prepared to get a real second opinion because you can go over those images as well.

If you liked this episode, if you found it helpful, please like it, share it, send it to one of your other running buddies, and I’ll see you in the next training.