Can I run with a Jones fracture? Well, that’s what we’re talking about today on the Doc On The Run Podcast.

Can I run with Jones Fracture?

Noooo! Or, I should say, you cannot run on a Jones fracture until it has healed enough to withstand the stress of running without re-injuring the fractured bone.

What is a Jones fracture?

Where is a Jones Fracture?

If you feel along the outside of your foot, about halfway between the heel bone and the pinky joint you will feel a lump of bone protruding under the skin. That lump of bone is the base of the fifth metatarsal bone. Doctors call that bump the “styloid process.” The styloid process is metaphyseal bone. It is not tubular like the skinny round shaft of the metatarsal bone. It is just a big lump.

The lumpy part of the bone at the base is metaphyseal bone.
The long skinny part is the diaphysial bone.
Where those two parts of the bone blend together is the “metaphyseal-diaphyseal junction.”

So if you have a fracture that begins right at the intersection of those two bones and then see fracture lane that goes laterally, straight across the bone toward the outside of the foot, that is a Jones fracture. 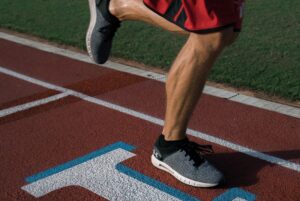 Why is a Jones fracture so scary to runners?

If you got a Jones fracture which developed as a stress fracture, it will predictably get worse and fail to heal if you stress the 5th metatarsal bone in the same way that injured it. That of course means that if you run in the same way, with the same running biomechanics, the same type of workouts, in the same running shoes that stressed the bone enough to cause a stress fracture in the metatarsal bone, you will just make it worse if you continue that activity while the bone is trying to heal.

But that doesn’t mean you cannot keep working out.

The number one goal of every injured runner should be maintaining your running fitness while you heal the running injury. Unfortunately what we hear from doctors most of the time is that your goal is to rest. If you’re a sedentary individual, the goal of “just resting” is completely reasonable. Part of what the establishmed medical community preaches regarding “rest as the path to freedom” is a lie. If you’re an athlete, and you want to run later, you have to be aggressive in your approach to recovery. Rest is not enough.

If you have a Jones Fracture and you are stuck in a boot waiting and watching all of your hard-earning running fitness evaporate…you need to let it heal AND figure out what you can do to prevent all of the weakness, stiffness, loss of neuromuscular connections and dis-cooridination caused by the fracture boot and inactivity during the recovery process.

Check out why you need something like the the Recovering Runners Boot Camp.

The program is simple…Get to work. Get moving. Get back to running faster.

Click the image below to find out why you need to get to work now…. 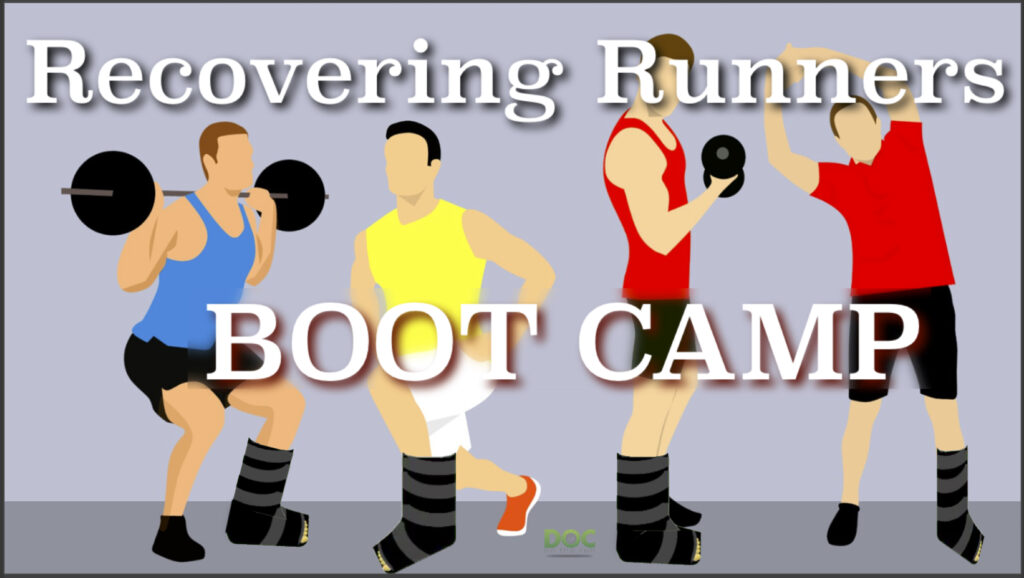