Can a fifth metatarsal fracture cause posterior tibial tendonitis? Well, that’s what we’re talking about today on the Doc On The Run Podcast.

This question actually comes from somebody that I’ve been helping in one of the Monday, Wednesday, and Friday coaching groups. She had a fifth metatarsal fracture and wanted to know if this could actually cause posterior tibial tendonitis and the short answer is yes, it can.

Since they’re on the opposite sides of the foot, a lot of people think that it won’t cause the same kind of problem, because you wouldn’t expect to have problems on both sides of the same foot. But what happens when you get a fifth metatarsal fracture is that you have pain on the outside of the foot over here, and the posterior tibial tendon attaches to the navicular bone over here. 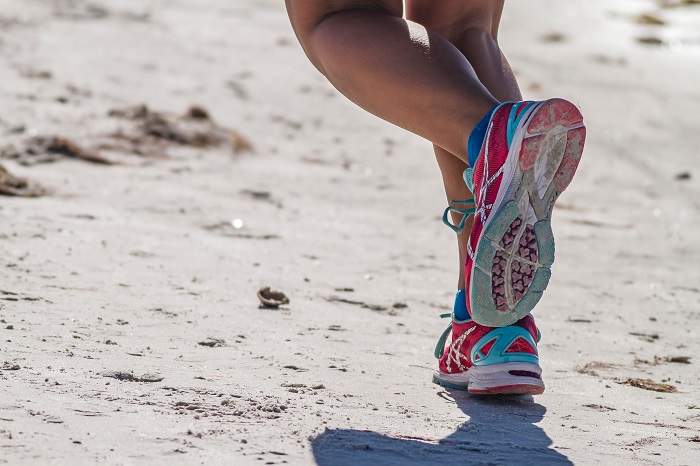 Most of the time you do not need surgery for this problem but you just have to understand that if you’re basically walking in a way that you’re compensating or limping to try to keep pressure off of that stress fracture in your fifth metatarsal, it can actually stretch out and irritate the posterior tibial tendon. And most of the time, if you correct that and you stop limping and stop walking in that way, then the problem will resolve uneventfully. So you might have to do some stuff to reduce the inflammation in the tendon, but that’s usually not really very complicated. But it can happen.

So if you have a fifth metatarsal stress fracture and you’ve been running and you got that injury, and then you get back to activity, whether it’s running or just walking or getting rid of your fracture walking boot. Then you have to be paying attention to that pain on your arch or in the inside of your ankle because it could be posterior tibial tendonitis just from overuse, because you’ve been compensating to try to reduce the stress and strain on that fifth metatarsal bone. So yes, it can happen and that’s how.

The first step to figuring out whether or not you can run with a stress fracture is making sure you know how bad the stress fracture might be. Which one do you really have:

This training will teach you the difference between each of those conditions and what they really mean in terms of you returning to running as quickly as possible.