#450 Body at rest tends to remain at rest

Today on the Doc On The Run podcast, we’re talking about running injury truth number five, a body at rest tends to remain at rest.

Running injury truth number five, a body at rest remains at rest. Now that is a law of physics. That’s not something I came up with, but it definitely applies to running injuries. This is what I see happen over and over and over. Somebody gets a stress fracture, they go to the doctor, the doctor takes an X-ray, they don’t see a crack. They don’t see anything on the X-ray. And they say, “Well, I don’t see anything, but you have a stress fracture.” Here’s a boot, wear it for four weeks, we’ll see you in a month. Come back and we’ll do another x-ray and you leave there thinking, “Wait a minute, you didn’t see a crack. You didn’t see anything. In fact, I’m not even so sure that you know it’s a stress fracture, because you said there was no crack on the X-ray yet you gave me a boot and you told me to sit around for a month and then do another X-ray. Like, what does that mean?”

Runners all the time, when they call me for a second opinion, they have that story. It could be with Achilles tendonitis, it could be with a plantar plate sprain, it could be with a neuroma, it could be plantar fasciitis. It could be anything. But what happens is they’re given a somewhat confusing diagnosis. They don’t really have a clear plan to follow other than, do not run. That’s the plan. That’s the prescription. And I can tell you this for sure, that when that happens, you start immediately losing your fitness. In one week of non-weightbearing, if you’re on crutches and you’re using a fracture walking boot or a cast, you will lose muscle mass right away. You’re going to get weaker right away. You get a 17% reduction in the muscle diameter size on that lower extremity in one week. At four weeks, it’s 60%. And beyond that, it starts to become permanent. 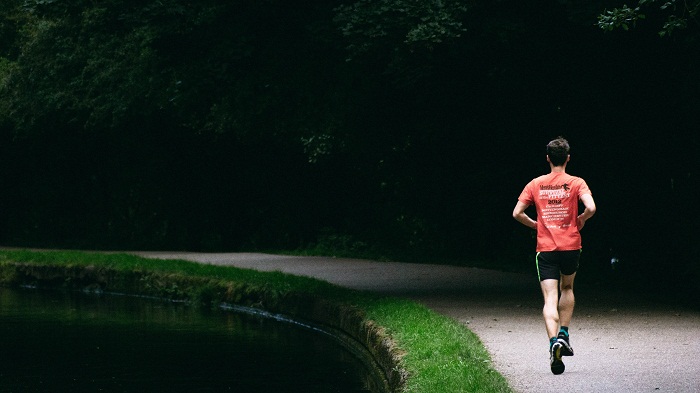 It doesn’t go away. It becomes permanent atrophy that you actually cannot get back. The muscles will be permanently smaller. Obviously that’s going to injure your running fitness if you really want to keep running once this whole thing is done. So you can’t afford to just sit and rest.

What I see runners do is they rest, they feel weaker, they feel worse, they get less motivated, they get depressed, all kinds of bad things happen that actually interfere with their ability to continue to get back to running and training. Now, I know I’ve been talking about this stuff for years on the Doc On The Run podcast, I lecture to physicians, I’ve been doing that for more than 10 years, and I know that this is the way that it works, but I also know that the only solution is to take action. Just like signing up for a marathon.

Signing up for a marathon is not going to get you to the finish line. It gets you working toward the starting line, but you have to go work if you want to actually get the fitness that you need to get you from the starting line to the finish line. What’s amazing is that, when runners get injured and they go to the doctor and the doctor tells them to stop running, it kind of disrupts their whole world. And so, you’ve got to do something that’s different. You can’t just wait for a month. And I’ve had a lot of emails asking me about the coaching program that we have at the end of the 12 steps session that we were just talking about. And a bunch of people signed up for it, but a bunch more sent questions in and said, “Why just one month? Why not three months or a year?”

Well, first of all, if you listen to the Doc On The Run podcast about your specific injury, if you sign up for one coaching call about your specific injury and it takes you a year to get better, then you are not doing something right or I’m not doing something right. And this whole thing of putting off getting back to running until you wait for something to happen is ridiculous. But one month, four weeks of actual coaching calls when you check in right after the weekend when you’ve done the most activity on Monday, when you check in on Wednesday in the middle of the week to see how you’re doing so far that week, when you check in on Friday to think about what you’re going to do that weekend, and we talk about what you should do over the weekend, we talk about what the next steps are, well, that gives you a plan. And when you do that week after week for four weeks, then you actually make incremental course corrections and incremental progress that makes a huge, huge difference in your fitness.

Now, this group is actually small. So I have a group of people that I do every month, and we talk and we work through these injuries and we talk about what to do, but it is a small group. I actually signed up for a conference one time where it was supposed to be business conference, and it was thousands of people and it was not great. So the way that it worked, unfortunately, was in online, they had a bunch of recorded presentations, and then all they did was they take a couple of random people and they’d put you in a room together where you’re supposed to talk. And most of them I couldn’t relate to at all because they’re in completely different industries and I didn’t really get anything out of it.

I think that that’s true. If you go and you get in a group setting where there are 100 people on the call, you’re not going to get anything out of it. You’re not even going to get a chance to talk. So the group is so small that we let everybody share what they need and then I explain what they need to do.

When it comes to trying to maintain your fitness, everybody that hears what those other people are asking and what the answers are always learns from those things, just like at medical conferences. Truthfully, the very best content when I give a lecture at a conference is nothing that I put together. I put together everything that I think those doctors need to know, and then some doctor raises their hand at the end and asks a question. And that’s where everybody actually learns, because those are the things that I never even thought about.

So if you come and you join us in the coaching group, you will get those answers. You will get those questions solved. You will not have to wonder what you’re supposed to do. You’ll be able to take action, do something, get up off the couch and go. So that’s really what this is all about. You have to take action. I’ll tell you also, if you sign up for the group and we give you assignments, you don’t do them, you’re going to get kicked out. I’ll give you your money back, but you will get kicked out.

We do not want to have anybody in it that’s just going to sit and whine about their situation and not actually take action. This is all about doing work, doing assignments, doing workouts, doing something to improve the situation instead of sitting around feeling sorry for yourself while you’re waiting for your next appointment. So if you’re interested, go check it out if this is still up and it’s still available.

So you can go to docontherun.com/12 Steps. Watch that presentation, take notes, see what you can do, and you can sign up at the end. So, thanks and I’ll see you in the group. 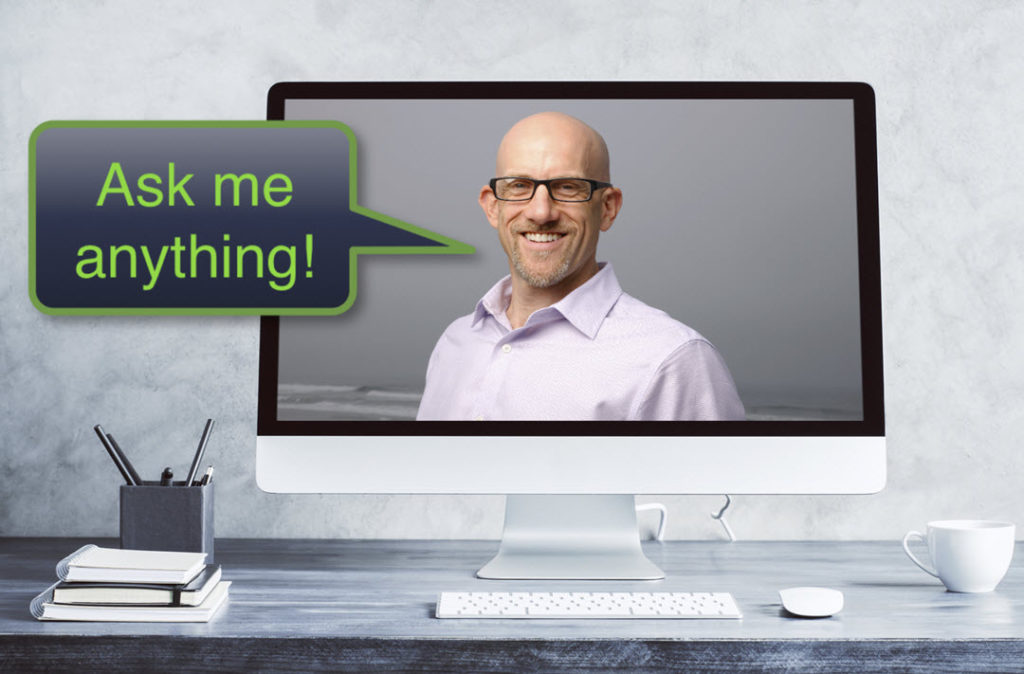