#407 There is no hope on a downward slope

Today on the Doc On The Run Podcast, we’re talking about how there is no hope on a downward slope.

There’s no hope on a downward slope. I know that sounds really negative and terrible, but it’s true and this actually comes from a discussion I recently had with a recovering runner during a telemedicine visit.

She called me for a second opinion, and her doctor had told her to wait, to wait to get better. In fact, she waited for 12 weeks and she did exactly what she was told: nothing. She actually did no exercise for 12 weeks. Now I want you to just stop and think about that for just a minute. 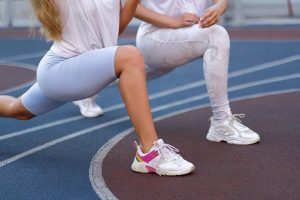 Forget the idea of being injured. Forget the idea of recovering from something like a metatarsal stress fracture, or Achilles tendonitis or a hamstring injury or anything else. If you just think about the last time you were really fit, and if you just stopped exercising completely, right then for three months, how fit would you be at the end of it?

Now, if at the end of that three months, you decided to just go run 10K on your very first day out. What do you think are the odds that you’re going to get injured? I mean, you can not get better in terms of getting back to running if you’re recovering from an injury by waiting and actually deteriorating. It really doesn’t work that way. You cannot get back to running by the absence of training.

But unfortunately the treatment plan that many doctors give us as runners is really that. It’s not a plan to recover. It’s a plan to remove training and that’s not really something that’s going to serve you well, if you want to get back to running, once you actually do recover from your running injury. The focus has to be on getting back to running, not paying attention to the injury and treating the injury like everything else has to be put, not just second, but third or fourth or fifth. You have to make sure that the slope of your line in terms of maintaining your fitness is really just barely going down at all and preferably going up.

I really do believe it’s possible that if you focus on new things that you haven’t really had time to do, and you put effort into other exercises that you know are going to make you actually stronger and better as a runner, it will serve you well, you can do core exercises. You can do upper body exercises. You can do other kinds of aerobic exercise, but there’s all kinds of things that you can do no matter what your injury that will not cost your injury anything.

But if you do nothing, if you just sit still and you wait for that magical 6 weeks, 8 weeks, 12 weeks, whatever it is, the only thing that’s going to happen at the end of that 12 weeks is you’re going to have lost all your fitness. That will definitely put you at risk of getting another different overtraining injury later.

So remember, absence of training is not really a recovery plan. It’s something else. But if you want to get hope and you want to make sure that you’re going to get back to running, do something, take action. You have to remember, faith moves mountains, but you have to carry a shovel.