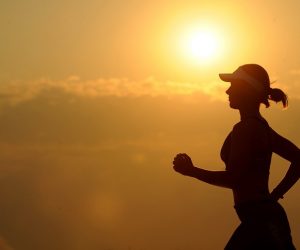 Today on Doc On The Run Podcast, we’re talking about if your hand was broken, would you walk on it?

I was just doing a telemedicine, second opinion consultation with an elite triathlete who got a stress fracture and this is actually a very common sort of discussion that I have with runners who schedule telemedicine visits, who call me for coaching calls and second opinion advice.

Now this guy has been athletic his entire life and he was ramping up for an event and then he got a metatarsal stress fracture and you would think that it’s pretty simple. You know that you need to let it calm down and you need to let it heal. But what happens is that a lot of times we as runners, go to a doctor, we seek expert advice and because they’re wearing a white coat and we’re paying for their consultation, we take their advice as completely factual and reasonable and it isn’t always that, unfortunately.

Now, this is not some kind of substandard care. Let me just tell you that right now. This is actually really normal. So if you have a stress fracture and you can walk on it, but it’s not killing you, it doesn’t really hurt that much, then it’s very probable that the doctor might give you a stiff shoe or a post-operative shoe, or a surgical shoe, or maybe a fracture walking boot, and then tell you that it’s perfectly okay if you walk on it. 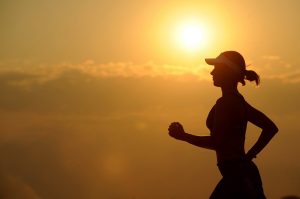 Now he asked me a really great question. He said, “Well, if it doesn’t really hurt that much, is it okay if I walk on it?” And I said, “Look, of course, it’s okay if you walk on it if the doctor told you it’s okay to walk on it and it really doesn’t hurt that much when you’re walking on it. But what are you doing? You’re basically moving it. You’re bending it. You’re tweaking it. You’re doing enough to the metatarsal to make it hurt more, so you have to be doing damage to the healing process.” And I said, “Look, if your hand was broken, would you walk on it?” I mean, that would be completely absurd. There’s no way you would do that.

So if your hand was broken and you went and saw a hand surgeon and then you told him that every afternoon you went to CrossFit and you spent about 15 minutes walking on your hands, he would say, “Absolutely not.” But because we walk on our feet normally, we kind of give people a free pass and that is not good advice.

Now, let me just tell you that for normal patients, when they have a fracture and it doesn’t really hurt when they walk on it and they can do what we call the activities of daily living, like taking a bath, eating, going to work, those kinds of things, we think that it’s not really that big of a deal. But all of us runners go to seek advice from experts, not because we have a fracture but because we want to run and the fracture is interfering with our ability to do that.

So in this case, what I think would have actually made a lot more sense is to say, “Look, if you have a fracture, if you have a crack in the bone and you want to train for a specific event on a specific day, and you want to finish that event in a specific time, you need to think about this differently. What you need to do instead is to actually wear a fracture walking boot to hold it completely still and you probably ought to even use crutches for a short period of time to kind of accelerate that early, critically important healing for that fracture. And if you do that, then that pays off for you exponentially because then you can do a lot more meaningful activity like running later.”

So when you go to see a doctor and you’re looking for a second opinion, whether it’s in the office or over a telemedicine visit, the most important thing you can do is figure out what your goal is. That’s really the critical piece. You’ve got to understand, and make the doctor understand, that the goal is not just to make the fracture look better on an x-ray. The goal is to run and train and show up for your event and do well. That is the goal and you’ve really got to make sure that your doctor understands it, otherwise what you’re going to do is you’re going to get the normal treatment that the normal patients get.

Go to https://www.docontherun.com/fasttrack/ and grab your
seat now. I’ll see you in the training.