#357 The safest path to healing is the slowest - DOC

#357 The safest path to healing is the slowest

Today on the Doc On The Run Podcast we’re talking about how the safest path to healing is the slowest.

In this episode, we’re talking about how the safest path to healing is probably the slowest and there’s some truth to that, but it’s also kind of a myth because slower is not always better. And when you go to see a doctor and you have an overtraining injury, many times, the unfortunate thing happens where you go in, and you tell them your story. You tell them how many miles you’re running. They look at you cross-eyed and they say, “Well, obviously you’re running too much, you’ve got an overtraining injury.”

Well, you didn’t get an overtraining injury. You made a mistake, you did something wrong. You did too much on that day when you weren’t fully recovered and you got a metatarsal stress fracture or Achilles tendonitis or some other problem, but it’s not because you’re running too much. It’s because you didn’t recover enough before you did that next workout. Those are two different problems.

And the real problem though, is when the doctor looks at you and they say, “Well, obviously you’re running too much, you’ve got an overtraining injury, so you need to run less. And right now you need to not run at all and you will heal.” Well, if you don’t do anything else, if the only treatment you have is to take the stress off the foot and stop running entirely and dial back all of your activity to quote unquote, rest and heal, well, that is going to treat the problem that the doctor sees, meaning the Achilles tendon issue or the metatarsal stress fracture or the tibial stress fracture or the peroneal tendon inflammation or whatever. That one thing is definitely going to get treated the safest way, the most predictable way, if you just stop all activity.

So again, if your goal is to stop the pain and heal the damaged tissue, well, yeah, if you stop running, that will definitely help, but it’s not necessary in most cases. Now, if you do that, and that is your only treatment, that’s not actually the safest path, because what happens is that even though it’s slow, you’d heal and you’d just sort of plod along in the little cells repair all the tissue, and you’d just keep getting stronger and stronger tissue in that spot that’s been injured is under repair. 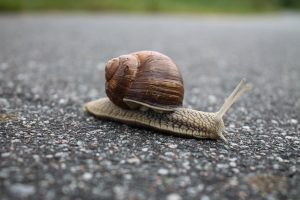 But the rest of you gets weaker. You get tissue atrophy, you get muscle weakness, you get loss of neuromuscular connections, you get stiffness in the tendons and ligaments to support the joints. And then when you go back to running, everything is hitting your feet and your ankles, the bones, the tendons, the ligaments, everything is getting stressed with higher peak forces that actually put you at a higher risk of another overtraining injury later. So not only is it slow, it’s not really safe for you.

The best thing for runners for sure is active recovery, where you’re taking an active role in feeding and fueling the healing process, and trying to do everything that you can to strengthen and refortify and support that one injured part by strengthening everything around it, by making sure that you maintain your neuromuscular connections, by making sure that you can maintain your muscle strength and your aerobic fitness and all of those things, because those are all crucial components to you running with good form later, so that you don’t sustain another overtraining injury later.

So, the doctors that tell you to just stop running, a lot of times, they’ll say, “Well, you wouldn’t drive a hundred miles an hour in the rain, if you were trying to get someplace safely, would you?” And well, no, not necessarily, but if you have a real emergency and you need to get somewhere quickly, it is good to go at a quick pace. And the quickest way to healing when you’re a runner is to actually reduce the stress to the tissue that’s injured, make sure that you’re fueling the healing process and then try to strengthen everything else and make sure you don’t lose your running fitness. Those are the keys.

So, if you’re in that spot where you’re trying to figure out what to do next, you’re confused because one of your running buddies told you to slow down, just stop. There’s a three-day challenge I created for you, that’ll show you how to fast track your running injury in only three days. So, if you give me one hour for three days in a row, I promise you will have a better perspective and a better outlook and a better path to really getting back to running as quickly as possible.

So, you can sign up in a link below. It’s in the show notes. You can get it now. It’s free. You can sign up. And it will help you get back to running as quickly as possible. So, go check it out!