#280 When is surgery better for metatarsal fracture in a runner 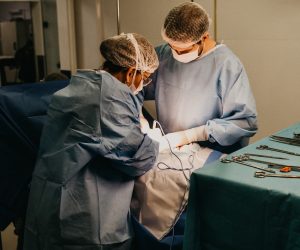 Today on the Doc on the Run podcast, we’re talking about when surgery is better for a metatarsal fracture in a runner.

All of those questions really center around two choices; either having surgery to fix the metatarsal and help it heal faster, or not having surgery and letting the metatarsal heal on its own. So, there are really three things to think about in general when you have a metatarsal fracture, and someone is recommending or discussing the possibility of surgery.

Risk of NOT healing

The first thing, obviously, is the risk of not healing. So, if your bone doesn’t heal, that’s going to be a problem. You cannot run on a broken foot, so you need the broken foot to actually heal. And, specifically, when we talk about the risk of not healing, when you have a metatarsal fracture, there are a few things that doctors may explain to you, and the first one is a thing called displacement. Displacement is just the medical term for the bone has broken and moved out of place, it’s not in the right position.

Now, the ends of the bone have to heal; they have to fuse together, they have to grow together, they have to get calcium bridging across that fracture line. Well, if the bone is displaced and the two broken pieces of bone are moved more than a few millimeters away, it becomes harder and harder for your body to heal the bone, and actually bridge that gap and fill in the bone, where it’s been broken. So, the more displacement, the more likely it may be that surgery becomes a valid recommendation.

The second thing is angulation, and that means that the bone is tilted out of position. So, obviously, if you have a metatarsal bone, and you break it, and it gets pushed up out of position, and it’s not supporting your weight, and it’s not really supporting your foot appropriately, it may be likely that a doctor would recommendation the bone would be put back in place so that the bone is straight, and then stabilized with a screw or a plate, or wires, or pins, or something to hold it in place, so that it can heal in the right position.

Next consideration is joint involvement. If you have a bone that’s broken and the fracture line extends into the joint, and then the joint becomes crooked, and offset with a jagged piece of bone in it, and the bone heals, and becomes completely solid because it’s all close together and compressed, but you wind up an irregular surface in the joint that can grind away the cartilage, and can wear out the joint. Then you have a different problem; you get arthritis because the fracture damaged the cartilage, and then even though the bone healed, the damaged joint surface ruined the joint over time, and that might be a reason for recommendation that your doctor will say, “You need surgery, because we’ve got to fix this so that you don’t have trouble in the joint.”

A couple of other things that don’t really have to do so much with the fractures, but actually have more to do with you, your health, and your lifestyle, that can add to your risk of not healing. If you have osteoporosis, and you have really weak bones, that’s going to dramatically increase the chances that it will take longer for your bone to heal, because your bones are actually degenerating when you get osteoporosis. So, you can’t expect the bone to actually regenerate and heal, if they’re degenerating because of this condition.

This isn’t really true for most runners, but smoking is a huge problem on bone healing. In fact, in your rear foot, like the heel bone, if you have rear foot surgery and a fusion in those joints, in your subtalar joint or your talonavicular joint, or any of these other big joints in your rear foot, if you smoke you have a 2.7 time higher rate of nonunion, where the fusion site doesn’t actually heal. Obviously, that’s a huge problem.

If you have an endocrine disorder, where you have thyroid disfunction or something that decreases your rate of bone healing, that also can affect your risk of not healing after a fracture. And, then, believe it or not, malnutrition.

When we think malnutrition, we think about people starving overseas, but malnutrition actually does happen among runners in forms of an eating disorder. And some runners are just so highly disciplined with their nutrition, and their caloric intake is so low because they’re trying to maintain their running fitness, that they actually are bordering on the state of nutrition that really is malnutrition, and that can disrupt your healing and lead to a risk of not healing .

All of those are things to discuss with your doctor and really consider very, very carefully when you’re considering surgery for a metatarsal stress fracture. 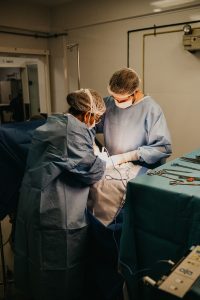 Obviously, if you’re weighing surgery as an option, and you’re comparing it to non surgery, you’re having to balance out, and figure out, is the risk of all of these things that can happen from surgery, worth the risk because it’s more likely to heal and I’m more likely to be able to run afterward, than if I don’t have surgery? But that is a crucial point.

So, rather than just saying, “I have a fourth metatarsal fracture that has broken and moved out of position, and I want it to heal,” the question is, “Which way am I going to get it to heal best, to make sure that I can run later?” And that’s what I mean by risks related to your running goals; you have to remind your doctor that you are a runner, that you want to run. And even though your doctor will fix the bone in surgery, stabilize it, and then heal it, and show you on an x-ray afterwards how it is healed, you have to remind the doctor that if that happens, and the doctor defines it as a 100% success, but you can’t run, you will define that as a 100% failure.

So, you have to talk to the doctor about these surgical risks, in light of the fact that your goal is not just to fix the bone; your goal is to run, and that’s what you will define as success.

And, then, the last thing to talk about, is cost. Believe it or not, when you’re going to have surgery, you have to consider cost. Surgery is extremely expensive; absurdly expensive. And, because of that, the number one cause of personal bankruptcy in America is medical bills. Some people get a fracture, they get a bone that has to be put back into position, and they have what they think is not really a big deal, and then they get this unbelievably huge bill, that might even be more than they owe on the mortgage on their house, and it causes huge financial trouble.

You also, if you get a huge bill, even if you have insurance, If you have insurance that only covers 60% of your bill, 40% of $100,000 is still $40,000. That’s a lot of money. So, you have to really think about the monetary cost, and then the other cost you have to think about, is time cost. If you have a metatarsal fracture and you’ve been staying off of it for weeks, you’ve really been careful with it, and then you actually see somebody who says, “You know, you have this fracture, we could probably make that heal faster if you have surgery.” You actually have already spent a bunch of time in the healing process, and in some cases, if you do surgery, your healing basically starts over at that point, because you disrupt some of the healing that’s already happened over the past several weeks.

So, again, you have to weigh out that risk of the time cost, of surgery versus non surgery. These are all really important things to think about, and make sure to ask questions when you go to your doctor.

One thing that you may find helpful is a video I’ve made for you. You should check it out; it’s called the top ten questions to think about when you have a stress fracture and want to get back to running. It’s on the website, DocOnTheRun.com, under the podcast tab. Just go to the bottom of this episode, you can watch the video, it’s free. It’ll help you ask the right questions so you can make the right decision for you.

Remember, you’re a runner, talk to your doctor and make sure they understand that your goal is to run.