#279 Everything in medicine is bad for runners - DOC

#279 Everything in medicine is bad for runners 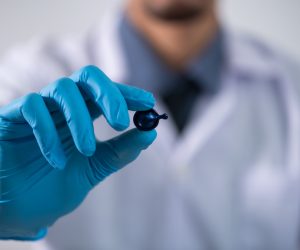 Today on the Doc on the Run Podcast, we’re talking about how everything in medicine is bad for runners.

Everything we do in medicine, any treatment a doctor prescribes carries risk.

That’s true for runners and non-runners alike. Every treatment will be bad for you if taken too much, used too long, used too soon or otherwise used inappropriately.

Fracture walking boots are likely the most over-prescribed and over-used treatment for stress fractures in runners.

You’ve probably seen one of these before. Fracture walking there is a big velcro boot the covers your foot and ankle and goes all the way up to your knee. If you’re a member of a running club and you’ve been running long enough you have probably seen one of your friends sitting on the side line of a race wearing a fracture walking boot, watching the race, when they really wanted to run.

If you break one of your metatarsal bones and wear a fracture walking boot,

your muscles get weaker, your tendons and ligaments get stiffer, your bones start to lose calcium, you lose your running fitness, your running form falls apart and you can actually even start to get plastic changes at the level of the spinal cord that damage your neuromuscular connections if you wear that boot long enough.

All that too say you may need a fracture walking boot at home point. But you may not need as long as an unhealthy non-runner.

No runner should wear a fracture walking boot 1 day longer than needed. The very day the stress fracture, the tendinitis, the one injured piece of tissue is healed enough to allow motion to happen without re-injury, that boot should come off so you can start moving the foot and restoring flexibility. 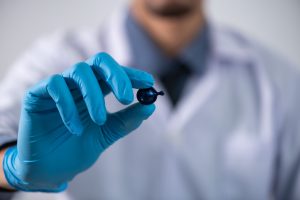 If you take NSAID’s during a race you can get gastrointestinal upset that complete wrecks your nutrition plan.

In the the worst cases you could even get kidney failure. Not only that but NSAID’s can slow down soft tissue and bone healing in a way that actually makes your post run and post race recovery less effective.

If you’re going out and doing hard workouts to stimulate tissue damage that will heal and make you stronger, but then you take ibuprofen and decrease the healing that happens after those workouts, you’re basically wasting effort.

Everything in medicine is bad for you, if used to much or at the wrong time.

Even an adhesive bandage can cause trouble. I recently had a skin biopsy to remove a spot from my leg. No big deal just a few stitches. But I had to keep that incision dry until the sutures came out. I kept it covered with a waterproof bandage for two weeks.

Now, months later I have a halo around that completely healed surgical incision. The stitches are out. The wound is all healed. But I still have evidence of a bad reaction from a run-of-the-mill adhesive bandage.

Broken bones have to be kept still to heal. If you break a bone and a doctor puts a cast on your leg it will hold your leg still so the bone can heal. But worn too long, you can actually a cascade of problems doctors call “cast disease.”

Cast disease is just a consequence of damage from holding something still for too long.

Yes, a prescription of too much rest can actually be bad for runners. A cast is just the most exaggerated form of rest for your leg.

Ask your doctor, “since I am a runner, is there anything other than this that might help me get back to running sooner.” Because that is the million dollar question for runners.

Print out a copy of the Healing Runner’s Goal Worksheet so you can better formulate your questions and have a better discussion with your doctor to make sure that any the treatment your doctors recommending a really going to be right for you.