#273 Do I need a surgery second opinion as an injured runner? - DOC

#273 Do I need a surgery second opinion as an injured runner? 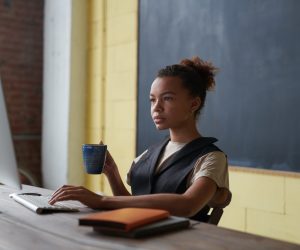 Today on the Doc On The Run Podcast, we’re talking about how to tell if you need to get a surgical second opinion if you have an injury as a runner.

Just today, I got an interesting question. The question was, for a runner who has a neuroma and saw a doctor and the doctor said, “I need to have surgery to take it out,” should I get a second opinion?

Well, the first thing I can tell you is that if you’re a runner and you’re thinking about having surgery, or some doctor told you that you should have surgery, if you’re asking the question, “Should I get a second opinion?” The answer is absolutely! Definitely “yes” if you’re even considering that.

If you think about this from a simple standpoint, if you have a house and you think that you need a new roof on your house, and some guy shows up with a ladder and a truck and gets on the top of your roof and then comes down and says, “Yeah, you need a new roof,” would you under any circumstances, just say, “Okay, great, go ahead and replace it and let me know how much it costs?” Absolutely not. 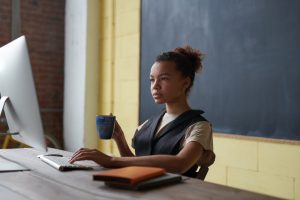 No one would ever get a major home repair without at least getting a couple of bids from a couple of different contractors just to see if everyone’s in agreement that the work actually has to be done, and that it’s going to be done right.

If that’s the case, why in the world would anyone, particularly a runner who has to have their feet in good working condition to be able to continue to run, why would anybody consider surgery, just based on one opinion, no matter who that is? I mean, I think I know what I’m doing, but when I would see patients and tell them, “Hey, you need to have surgery,” I would also tell them, “You need to go get a second opinion,” and much of the time, of course, patients would say, “Well, you know, I trust you. You seem to know what you’re doing. I want you to just do my surgery.”

I mean, it is your foot. You only have one body. If you have to have surgery, fine. Many times that’s just necessary, but talk to somebody who is an expert on running injuries, who is an expert on foot surgery, somebody that knows what they’re doing, who can really help you understand what the options are, why you need to have some surgical procedure, and make sure that multiple doctors who know what they’re talking about are in agreement on at least what needs to be done before you let anyone do that procedure to you.

One other thing to think about, when you’re going to get an opinion from a doctor about surgery, you might want to come up with a number of questions that really focus not on your injury and surgically treating that injury, but on your overall goals. Because the key to getting back to running as quickly as possible is really understanding your unique running goals.

So I have something on the website, it’s the bottom of the show notes page at docontherun.com under the podcast section. If you go to this show notes episode, you will find a PDF that you can get, it’s free, you can download it. It’s called the Healing Runners Goal Worksheet, and it will help you ask the right questions so that you can make sure your doctor understands your goal is not just to fix the foot problem.

Your goal is not just to fix the broken metatarsal or remove the neuroma. Your goal is to get back to running.