#248 Every step is a win when recovering from running injury 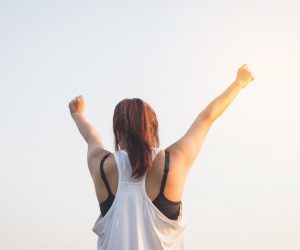 Today on the Doc On The Run podcast, we’re talking about why every step is a win when recovering from running injury.

If you’re a runner and you get injured, you’re certainly going to be bummed out, and it is really, really easy to get frustrated. And one of the biggest challenges when you are injured is to stay on task.

You have to think about how this relates to your history in training.

You have to look for the wins when you’re training and you’re working toward a goal.

The same holds true for when you have a running injury.

If you get injured and you stop running in your laying off of running for some period of time, whether it’s days or weeks, you really have to celebrate the little wins when you get back to running. For most runners, my experience when I work with injured runners when I do consultation calls is that most runners beat themselves up unnecessarily. They really don’t celebrate these little wins. Let’s say you get injured and your doctor tells you you have a stress fracture and you can’t run for six weeks and you give me a call and we talk about it and we realize that it’s not really a stress fracture, it’s actually something more like a stress response or a mild stress reaction. It’s not really a true stress fracture. So, based on what you tell me, based on the way it feels, based on what you feel when you’re actually doing things to test it, we decide you can actually start running sooner, a lot sooner. And then you go out for a short run. 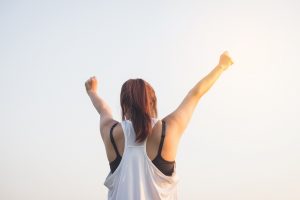 You have to look for every possible opportunity to view something as a success, as a victory, as a win when you are recovering from an injury and trying to get back to running. I mean, it’s really tough. It’s tough to sit still. It’s very difficult on you, emotionally. It’s difficult on you, physically. You feel worse, physically, when you’re not running. And so as soon as you can start moving again, start getting back to any activity, particularly running, you have to view it as a win.

Even if that run is only one mile, you have to remember that one mile is a mile you shouldn’t be running in the first place, according to some recommendations. So, you really have to think this one mile was a gift. It was a victory. It wasn’t a loss.

But as soon as an injured runner who thinks that they should be running 10 miles because that was what was on their training plan when they got injured, and they only can run a mile, they think that they’ve lost something because they’re only getting to run one mile instead of 10, and that really is the difficulty when you get injured.