#242 Why did my doctor NOT have the right answer? 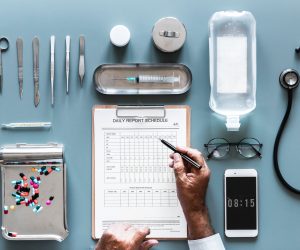 Today on the Doc On The Run podcast, we’re talking about why your doctor didn’t have the right answer.

Why did my doctor not have the right answer?

I get this question a lot. I get lots of calls from runners who are seeking a second opinion. In most cases they’re really frustrated.

And when I get done with these runners, after I do a consultation, after I talk to them on the phone, after I talk to them on webcam, or whatever…and I have a different answer than the one they got from the doctor, which of course often turns out to be the correct answer for that particular problem, the runner will ask me why it is that the doctor they saw previously made what they perceive to be an incorrect diagnosis or provided them with some insufficient training plan. 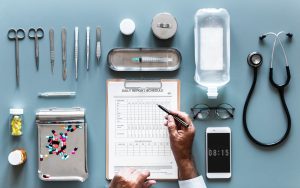 One time I saw a guy who actually flew all the way from New York to San Francisco to see me, and basically had seen a bunch of doctors, he’d seen very qualified people. He’d gotten an MRI, a CT scan, some x-rays, all kinds of different stuff. He had had a number of different tests and evaluations and none of them made the correct diagnosis.

But then I went to his hotel, I looked at him, I listened to him, I looked through all of his studies and I watched him run on a treadmill. I did a diagnostic injection in his foot and my first guess was actually wrong for the record. So what I really thought was wrong with him was not the case. So he ran on the treadmill some more after I injected some local anesthetic and he still had pains.

And then I said, “Okay, let me try one other thing.” I injected him in a different place. He got back on the treadmill and miraculously 100% of his pain was gone. And in that moment I had what was most definitely the correct diagnosis.

Now, he actually was really upset and he said, “Why can’t my doctor in New York figure this out?” And I said, “Well honestly dude, because your doctor does not have time to go to your hotel and watch you run five miles on a treadmill while he waits to see if you have pain. Most doctors just can’t do that. And not just that, I actually had got a chance to look at everything all of these doctors had done and what they had tried and what had failed for you, it’s different. So I have a lot of benefit that that doctor doesn’t have. I got to see information that all those other doctors didn’t get to see.”

But when I see a patient, that’s not the reason I come up with the right answer and the patient thinks their previous doctor had the wrong answer. Most of the time I have more information. I am not smarter than any of the doctors in the audience at these medical conferences where I’m lecturing on running injuries. I am not better than the doctor you saw last week. I am not clairvoyant and I’m not magical and I did not go to some medical school specific for injured runners.

But I do have a different perspective when it comes to treating running injuries and when you as a runner go to see a doctor and your treatment fails and then you see a different doctor and you try some other stuff and it works a little bit, but not as much as you need to, I get way more information than the previous doctor.

Runners become furious when doctors say, “Why do you ice it and then try to come back in a week?” I mean, sitting around for a week, not running and applying an ice pack seems like a huge waste of time and a wasted trip to the doctor. But if you do that and you have a huge amount of improvement, then you know right away that a huge portion of your trouble is really just an inflammatory response. Of course, that implies that if you control the inflammation and if you stop irritating the damaged tissue in a way that will keep stimulating all this inflammation, you might actually be able to return to running way sooner than otherwise might have been predicted by you or your doctor.

If you have an injury right now and you’re just a little bit aggravated because you saw a doctor who you really don’t think is an expert on running injuries don’t despair; take some action.

Think about this for a second. Try to think about what the doctor told you to do that might actually be really useful for you right now in terms of you determining how much of this trouble you’re having is because of inflammation and how much of the trouble is because of the sprained ligament or the strained muscle or the potential stress fracture or the potential injury to the tendon.

So what you should do is print out a copy of the Pain Journal and then keep track of it every single day. Make a note of how much your pain improves on the days after you ice it. See how much worse it gets when you go for a short run. Take note of it.

And then use that information to figure out how you need to change course to stay on track with your training, make sure you don’t lose your fitness and then get back to running.

Now, you can get a copy of the runner’s Pain Journal on show notes page at the bottom of this episode at docontherun.com under the podcast tab. It’s there for you, print it out, it’s free. Go get it now.